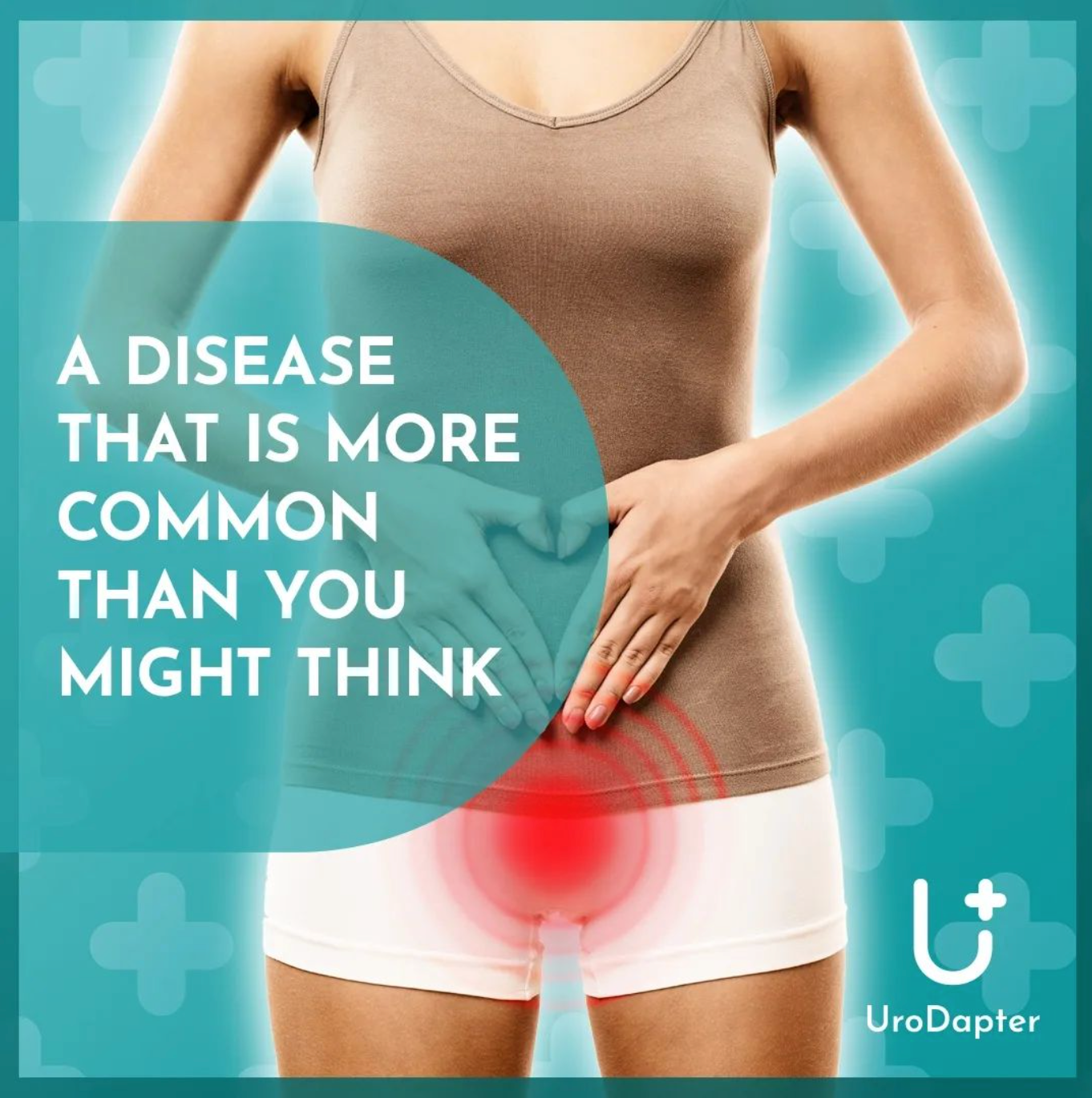 Overactive Bladder (OAB) is a symptom syndrome, characterized by urinary urgency, which is usually accompanied by increased urinary frequency and nocturia without any urinary tract infection or other detectable diseases.

About two-thirds of the patients also experience urinary incontinence (this type is called OAB-wet), which is missing in the rest of the affected (OAB-dry). The urinary tract-related symptoms are not only bothersome, but often result in poor social and sexual life, and workload, and greatly increase the chance of anxiety and depression. It is hard to estimate how many are affected, but most experts say that the prevalence could be between 11–17%. It is more common in elder people, but it is the same as frequent in males as in females. Unfortunately, the symptoms themselves can make the patient feel embarrassed – which results in poor diagnosis rates and untreated patients.

Diagnosing the condition is more or less based on excluding other diseases that may be responsible for the symptoms. Learning the history of the patient, including former or currently persisting diseases, administered drugs, and general physical and psychical status, is important, too. There are several questionnaires used for diagnostic purposes, these help the therapist evaluate the symptoms from the patient’s point of view. Voiding diaries are semi-objective methods of diagnosing several different lower urinary tract dysfunctions and are used for diagnosing OAB. In most cases, the voiding occasions are frequent, the urine volume is small; urinary incontinence episodes may be present. These diaries can be used not only for diagnostic purposes but also for monitoring patients who are already treated to see how they respond. Urinalysis is a valuable tool to exclude several conditions that may cause the same symptoms. If there is evidence of any infection, a urine culture is to be performed. However, a persisting urinary tract infection (UTI) does not rule out OAB. A thorough urine cytology is not necessary in the case of an uncomplicated OAB. Cystoscopy may be performed if it appears to be vital to exclude certain other conditions, such as bladder cancer, stones, or ulcers. Measuring the post-voiding residual urine volume, ultrasound, or urodynamics are not recommended unless there are other symptoms present that may not essentially be associated with OAB.

Differentiating OAB and interstitial cystitis/bladder pain syndrome (IC/BPS) has been in constant dispute for decades. Both conditions are to be diagnosed by excluding all other diseases that may cause similar symptoms – and the characteristic symptoms themselves overlap, too. Urinary urgency, urinary frequency and nocturia are usually present in both conditions. Urge incontinence and detrusor overactivity are common in the case of OAB, whereas pelvic pain and dyspareunia are typical symptoms of IC/BPS and are infrequent in OAB patients. Lately, there have been experts proposing a picture of an OAB–IC/BPS spectrum rather than handling the two conditions separately. Nevertheless, if a patient of either condition responds poorly to the treatment, the diagnosis has to be reconsidered, focusing on the other condition.

Patient education, behavioural therapies and lifestyle changes represent the first line of the treatment, as these are non-invasive methods. However, all of these require a considerable amount of effort on the patient’s part. Fluid intake – especially before bedtime to prevent nocturia – may be restricted, but never to the point of bothersome thirst. Regarding the diet, alcoholic and caffeinated beverages are to be avoided. Smoking may worsen the symptoms, too. There may be other bothersome food groups, too, but, generally speaking, the diet has to be tailored to the patient in an individualized way. In the case of obese people, weight control resulting in weight loss can greatly improve the persisting symptoms.

Timed voiding, in which the patients are told to visit the restroom at regular intervals instead of waiting until the urgency appears, can be useful, too. Pelvic floor muscle training may be hard for the patients to learn, but once it is done correctly, and it is incorporated into daily activities, it can significantly decrease the symptoms and raise the quality of life.

Pharmacological management is the second-line treatment of OAB, which aims to mitigate urgency, frequency, and incontinence. The two main groups of drugs are antimuscarinic (anticholinergic) agents and beta-3 adrenoceptor agonists.

Antimuscarinic agents are used for relaxing the detrusor muscle, thus, improving the symptoms. The most frequently used drugs of this group are oxybutynin, tolerodine, trospium, solifenacin, tolterodine, propiverine and fesoteridine. Unfortunately, there are several adverse effects of these agents. Dry mouth and constipation are the most frequent. Other common side effects are blurred vision and somnolence, which may also lead to poor compliance. Less frequent confusion and cognitive or cardiac issues may occur, too, especially among elder patients. Generally said, dosing and choosing an effective antimuscarinic considerably depends on the short-term and long-term tolerability of the drug itself.

Regarding beta-3 adrenoceptor antagonists, mirabegron is the most widespread drug. Activating the beta-3 adrenoceptors enables the relaxation of the bladder, thus, facilitates the storage of urine. It is considered to be effective and relatively safe. The common side effects are hypertension, nasopharyngitis and UTIs.

Intravesical instillation of the agents described above could be a way to prevent the adverse effects. However, catheterization, as an invasive process, significantly raises the risk of complications, such as microlesions and infections – a considerable part of UTIs develop on the bases of using a catheter. The pain caused by the device alone makes the patient hesitant to accept the local treatment of the bladder.

The UroDapter urological syringe adapter, replacing the catheter in the field of bladder instillation, can be an effective device for administering antimuscarinics directly into the bladder. Since this device penetrates the urethra only 6–8 mm deep, applying it can enable the advantages of local treatment without the risks of catheterization at the same time. There are drugs containing antimuscarinics, such as Vesoxx, applied for bladder instillation are already available in the market. There has been no direct experience on the safety and effectiveness of locally administered mirabegron yet. Nevertheless, a recent study examined the possibility of instilling mirabegron in mouse models, and the results are promising.

In case the patient does not respond to the treatments detailed above, intravesical onabotulinumtoxinA (Botox) injection is the next option. The cystoscopic injection of the detrusor muscle can block the pre-synaptic release of acetylcholine, resulting in decreased contractility. The procedure-related adverse effects include urinary retention, post-voiding residual urine, significant hematuria, straining to void, UTIs and general weakness. The procedure has to be performed carefully and repeated several times.

Peripheral tibial nerve stimulation (PTNS) and/or sacral neuromodulation (SNM) may be performed alongside the onabotulinumtoxinA injections. However, there is not enough data yet on the long-term follow-up of the patients treated with PTNS or SNM. Indwelling catheterization, augmentation cystoplasty, or cystectomy, as invasive methods, are usually applied only if all the less invasive options have failed.